Hulk vs the World

Hulk tries not to get captured by S.H.I.E.L.D. and Hulkbuster units, while Hawkeye is betrayed by Black Widow who is apparently working for HYDRA. After defeating HYDRA’s attack on the United Nations, Iron Man learns that S.H.I.E.L.D. is taking control of his technology. After stopping a robbery attempt by the Wrecking Crew, Thor returns to Asgard in order to defeat Loki and the Frost Giants. Along Came a Spider…

Captain America teams up with the equally mistrusted Spider-Man to fight the Serpent Society when they try to rescue Viper and King Cobra from S.H.I.E.L.D. custody. The Man in the Ant Hill

Ant Man and Wasp take down Klaw and Whirlwind. Afterwards Klaw helps M’Baku (a.k.a. the Man Ape) take down T’Chaka and become king of Wakanda. But T’Challa dons the Black Panther suit and flees to look for help. With Abomination, Crimson Dynamo, Wonder Man, Enchantress and Executioner on his side, Baron Heinrich Zemo leads them as the Masters of Evil in a systematic takedown of the Avengers. 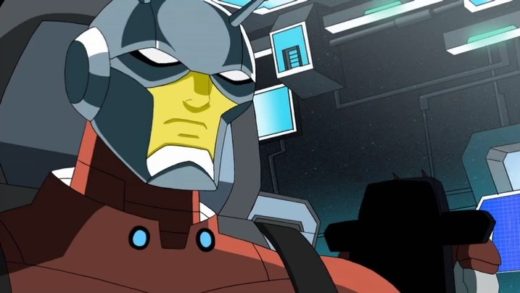 The Avengers attack Kang’s ship with the help of the last of the Ultrons. Hulk is magically manipulated by the Enchantress to attack his teammates. The Avengers must bring forth an army of nearly all their allies to face their greatest challenge yet – Galactus, the devourer of countless worlds and civilizations, and his quartet of heralds drawn from the very elements of nature. Galactus first sends forth his heralds to oversee the construction of devices around the world to […] A mass breakout occurs at each of the four supervillain prisons. With the Avengers, minus Ant-Man, turned into Gamma Monsters, Hawkeye must convince the Hulk to help fight the Leader and the Abomination while Thor (who was unaffected by the Gamma Dome) fights the Absorbing Man. The Vision awakens after a month of repairs to find that Tony Stark and his fellow Avengers have taken over the world. With the whole planet turned against him, the Vision must get to the bottom of Stark’s “utopia” – only to discover an unlikely figure to be the true power behind the Avengers’ throne. When the Hulk’s name is cleared of the crimes committed by the Red Hulk, the Avengers find that the deception put forth by Captain America’s Skrull doppelganger has made the green-skinned juggernaut even more of a loose cannon than before. The Leader has placed an expanding dome of pure gamma radiation around the Cube, with anyone caught inside it being mutated into a Gamma Monster. The Avengers, along with the support of S.H.I.E.L.D., enter the Cube in an attempt to the destroy the Gamma Generator. The Skrulls have invaded the entire planet and are using Captain America’s position of respect to convince the humans to submit. When Hawkeye, Wasp, and Ms. Marvel are captured by Veranke’s army of Super-Skrulls, all seems lost – until Iron Man and Thor are reunited with the real Captain America in a last-ditch effort to […] Kang the Conqueror revisits a time where Captain America and Bucky took down a HYDRA portal to Asgard as Kang believes Captain America is responsible for destroying Kang’s timeline. The Private War of Doctor Doom

Doctor Doom’s forces attack the Avengers and the Fantastic Four, kidnapping the Wasp and the Invisible Woman. Ant-Man/Giant-Man, Hulk, Iron Man, Thor and Wasp band together to battle Graviton after he escapes from the Raft and targets Nick Fury. The Kree attempt to create a wormhole connecting Earth’s solar system with their galaxy, which will consequently destroy the Sun and all life on Earth – just as Kang the Conqueror predicted. The Avengers and Captain Marvel head into space to stop it. Wasp and the Avengers meet Captain Marvel and team up with him to stop a Kree Sentry from destroying the planet. The Man Who Stole Tomorrow

Kang the Conqueror comes from the 41st century to destroy Captain America, who Kang believes may soon cause his timeline to cease to exist. The Black Widow requests the Avengers’ help in retrieving the Cosmic Cube before A.I.M. and HYDRA tear the world apart fighting over it.