Part I: The Beginning

Aku, an evil shape-shifting demon, devastates a young prince’s land in Medieval Japan, and his parents send him into exile. After years of intensive training, the prince receives a mystical sword and samurai’s robes, and frees his people from Aku’s minions. He then defeats Aku in battle, but before striking the final blow the latter […] Jack Under the Sea

When Jack hears rumors of a time portal being found in the underwater city of Oceanus, Jack sets out to the city and is welcomed by its Triceraquins, but is unprepared for a terrible surprise. The samurai is plunged into a dystopian world ruled by Aku, adopting the name “Jack”. After getting in a fight at a nightclub, he is hired by a group of canine miners to protect them from Aku’s forces. 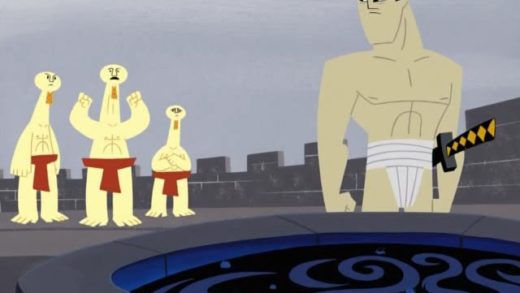 Jack and the Three Blind Archers

Jack learns of a powerful wishing well that can return him to the past, but must find a way past the three deadly archers who protect it. Armed with various weapons and traps, Jack single-handledly defeats Aku’s “beetle-bots”. He subsequently vows to fight the demon’s oppression until he can return to the past. 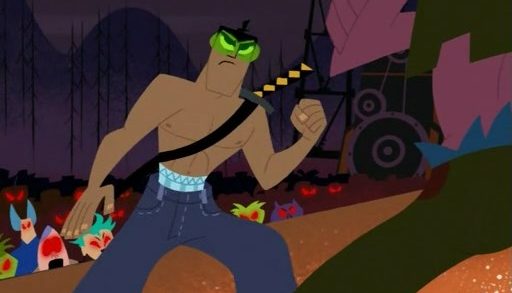 Jack and the Rave

Jack infiltrates a rave party after witnessing the participants stage a riot in a nearby town. It turns out that the DJ is one of Aku’s servants, and has been using his music to hypnotize the local children into becoming his master’s slaves. 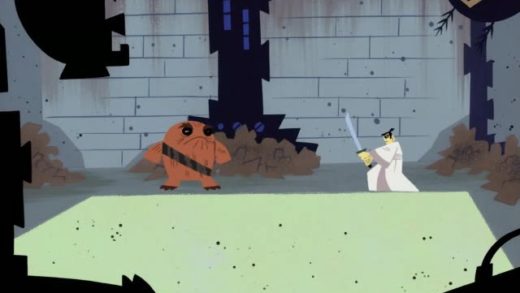 Angered by the failure of his bounty hunters and mercenaries to defeat Jack, Aku uses the samurai’s inner darkness to create an evil clone whose sole purpose is to destroy him. The Birth of Evil Part 1

Centuries ago, the demon Aku is accidentally released by Jack’s father, who receives a magic sword from the gods. Eventually, he uses the same sword to imprison Aku beneath the earth. Seeking to weaken Jack’s popularity among his subjects, Aku gathers the children of the world in his palace and tells them a series of “fairy tales”, all of which portray himself as a hero and Jack as the villain.

Jack and the Scotsman

While crossing a seemingly endless bridge, Jack runs into the Scotsman: a robust, if impulsive, stereotypical Scottish warrior who also wields an enchanted sword and would rather duel with Jack than peacefully negotiate a way for both of them to safely cross. After realizing that Aku has placed bounties on both of them, however, they […] 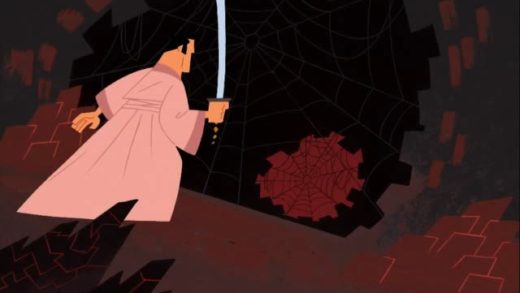 Jack and the Lava Monster

Jack survives a series of traps and encounters a Viking king transformed into a giant rock figure by Aku, who insists that Jack slay him in battle so that he can reach Valhalla. Jack, the Woolies, and the Chritchellites

Jack helps free the Woolies from the tyrannical Chritchellites. In return, the leader of the Woolies bestows his wisdom upon Jack. Jack and the Gangsters

Jack teams up with some gangsters to try to get close to Aku. The only way to do it is to get a mystical jewel guarded by three elementals.

After his lack of jumping skills cause him to lose a chance to return home, Jack helps a peaceful tribe of apelike creatures and their human leader defend themselves against the attacks of a larger rival tribe in return for lessons on how to “jump good”. Jack is goaded into a duel by an arrogant, bullying “samurai”, and is given the chance to demonstrate the true ways of the warrior. Jack and the Warrior Woman

A talented warrior named Ikra joins Jack as he seeks a magical jewel that could send him back to his own time. However, Ikra’s true motives threaten to derail his quest. Jack must chase a mysterious thief who stole his clothing while he was bathing, but things get complicated when his pursuit leads him into another world, whose denizens could gaze on his nudity. Jack vs. the Five Hunters

Aku challenges the Imakandi, regarded as the greatest hunters in the universe, to capture the ultimate prey: Jack. Jack is captured and taken to the “Dome of Doom”, where he forced to fight as a gladiator against the Dome’s champions. 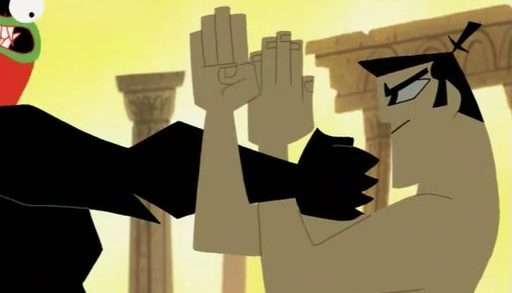 Seeking to end their struggle, Aku proposes a one-on-one duel between him and Jack, with neither combatant using their magic abilities. Jack agrees, but Aku’s honesty is unclear. Couple on a Train

Jack boards a train to his next destination, only to be pursued by legendary bounty hunter Ezekiel Clench and his ex-wife Josephine. 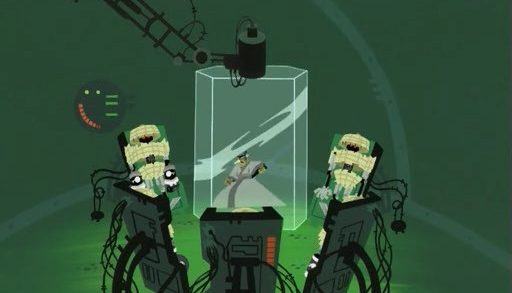 While investigating the destruction of several scattered villages, Jack learns that Aku’s new “ultra-bots” are responsible. Unable to destroy them, he receives assistance from an unexpected source: their creator. 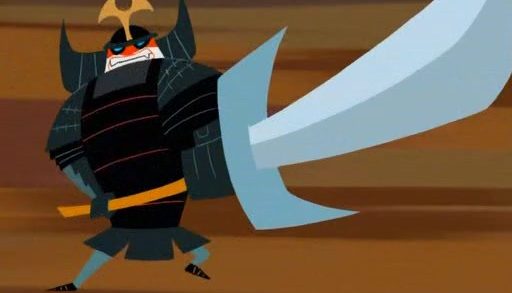 Jack vs. Demongo, the Soul Collector

Aku sends his servant Demongo, a demon who captures and enslaves the souls of warriors to serve him, to destroy Jack. Jack and the Scarab

Aku summons the three immortal servants of Set to destroy Jack while he travels through Egypt. To destroy them, Jack must assemble a golden scarab using clues from his time as a young boy.