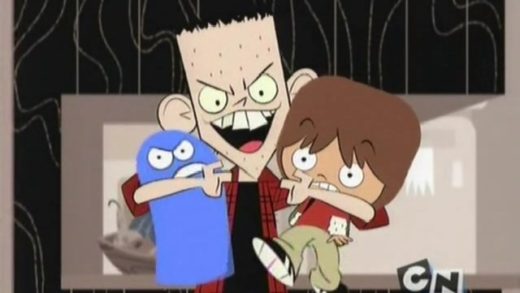 In the series premiere movie, Mac sends Bloo to live at Foster’s Home for Imaginary Friends after being told by his mother that he is too old to have an imaginary friend. There, they meet Mr. Herriman, Frankie, Wilt, Coco, and Eduardo, who all announce that eventually, Bloo will be adopted by another kid. Mac […] 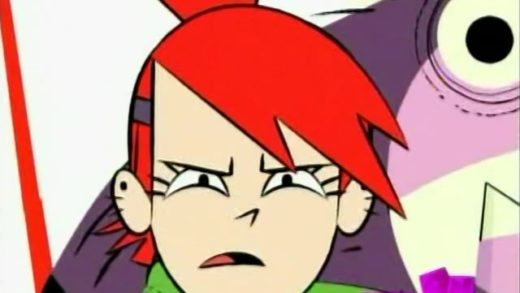 In this Emmy Award-winning movie, Frankie is tired of working without being thanked. One day, a toy box is discovered at Foster’s front door. Frankie is ordered to take it to the attic and leave it alone, but she knows there is an imaginary friend trapped inside, and opens the box to find it. When […] The day of Madame Foster’s birthday comes around and Frankie has forgotten to buy streamers, so Mr. Herriman orders her to go get some. Mac, Bloo, Eduardo, Wilt, and Coco tag along, but wander off while in the mall and get into various scrapes, slowing Frankie down. 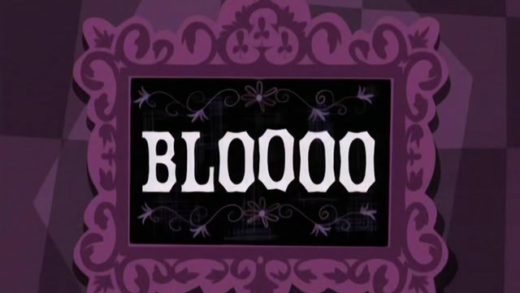 Bloo and Mac enjoy playing with each other in the mud, but when it is raining, they get sick. As Mac is taken home by Frankie, Bloo misses out on the scary movie the friends planned to watch that night. When Wilt, Eduardo, and Coco begin to believe that the ghost in the movie is […] Frankie is upset that she has to do paperwork when she wants to go out with her friends on Friday night, so Mac tells her he will file the paperwork for her. Overjoyed by this, Frankie calls him “the best” and kisses him on the cheek. After that, Mac develops a huge crush on Frankie, […] 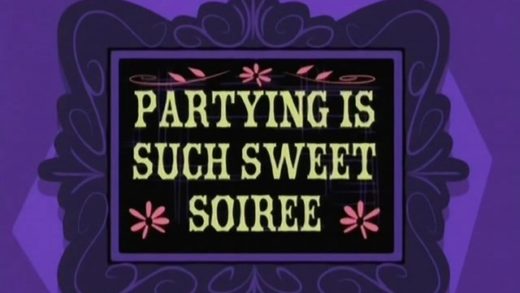 Partying Is Such Sweet Soiree

Frankie and Madame Foster are leaving for the day, so Mr. Herriman is placed in charge of the house. However, Madame Foster inadvertently gives Bloo the idea to throw a wild party, and he plans to do so without Mr. Herriman’s consent. While they manage to come up with a method to distract Mr. Herriman, […] 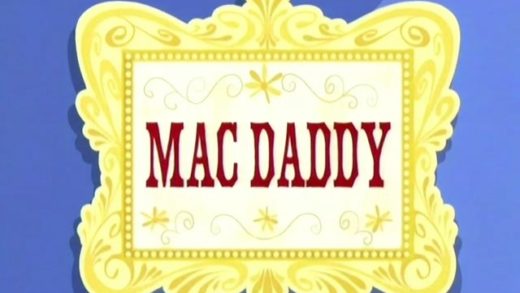 One morning, Mac wakes up to find that he is unintentionally created another imaginary friend named Cheese. Madame Foster allows the same rules as there are for Bloo, but Bloo does not approve of his new brother. After many attempts to get rid of him, Cheese disappears on his own. Bloo realizes that Foster’s could […] 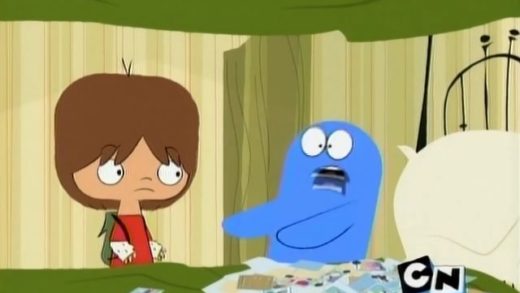 When Mac takes his classmates on a field trip to Foster’s, everybody loves Coco and Bloo wants all of the attention. After Coco lays eggs with imaginary friend trading cards, all of the friends start trading and collecting the cards. Bloo becomes obsessed, and tries to be the first to collect them all. 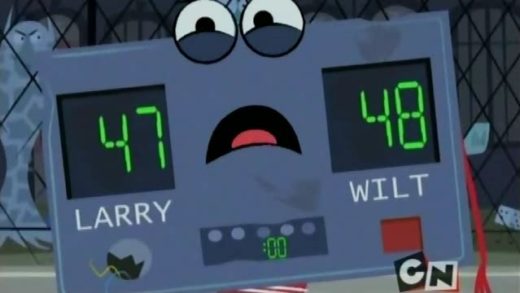 In this double-length special, it is time for the Five Year Creator Reunion Picnic, where imaginary friends’ creators come to Foster’s to see their former friends. One friend’s creator, however, is missing: Wilt’s. Wilt, believing that his creator is still mad at him for a past let-down, sets off on a cross-country journey to set […] 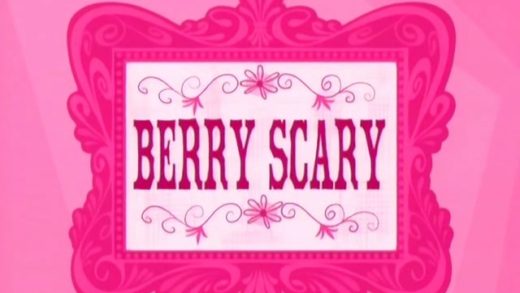 A new friend named Berry enters the house and acts as sweet as she can be, though with one glance at Bloo, she becomes lovestruck and is determined to make Bloo love her back. When he ignores her, she feels that Mac is getting in the way (though it is actually just Bloo’s self-centered nature). Bus the Two of Us

Bloo notices after a trip to the grocery store that Frankie has left the keys in the bus and decides to take Mac for a joyride in the Foster’s bus. Wilt, Coco, and Goo promise to keep it a secret, much to Wilt’s disconcern. 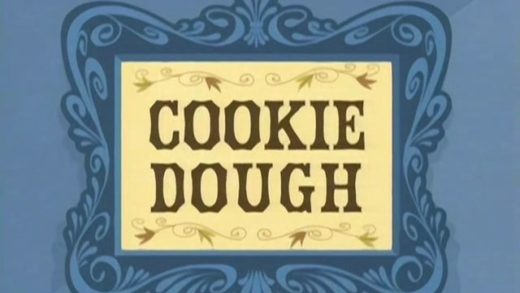 When Foster’s needs a new roof, Bloo bakes up a plan to sell Madame Foster’s amazing cookies after his first attempt at selling lemonade in the middle of winter fails. When they finally get enough money to buy a new roof, Bloo sets himself up as the town’s cookie mogul. Mac and Bloo are using Frankie’s digital camera to make video interviews for the new Foster’s website, when they stumble upon Mr. Herriman dancing and acting silly for Madame Foster. Mac video tapes it, but after a quick laugh, he decides to erase the embarrassing video. Before he can, however, Bloo grabs the camera, shows […] Foster’s is being put on the local news and Frankie wants everything perfect, but the only thing standing in her way is Cheese who keeps showing up at Foster’s uninvited. In an attempt to keep him out, Mr. Herriman installs a security system. Unfortunately, due to misreading the instructions, everyone gets locked out of the […] In the series finale, Mr. Herriman explains that Mac is moving, Bloo decides to give him the best day ever, though things do not go as he planned. Through the entire day, Mac does things with everyone but Bloo, making him angrier and more emotionally hurt after every disappointment. He also gets more pressured every […] 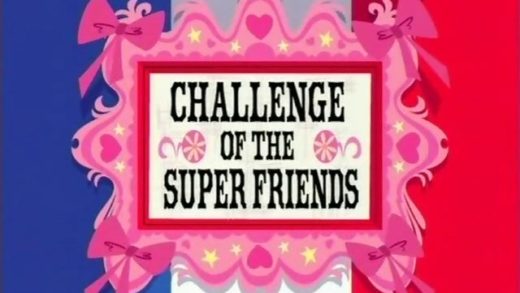 Challenge of the Super Friends

When a large and dangerous imaginary friend starts destroying the city, a superhero friend named Imaginary Man comes to save the day, and Mac becomes his biggest fan. When Mac gets recruited as Imaginary Man’s sidekick, however, he ditches Bloo and starts to forget about their friendship. As a result, Bloo joins forces with Nemesis, […] When various imaginary Santa Clauses are brought to Foster’s, Mac begins to lose his faith in Santa’s existence, so it is up to Bloo and the others to help restore Mac’s faith in the old St. Nick. Bloo sends Wilt on a sleigh ride around the world and tries to get Eduardo to slide down […] 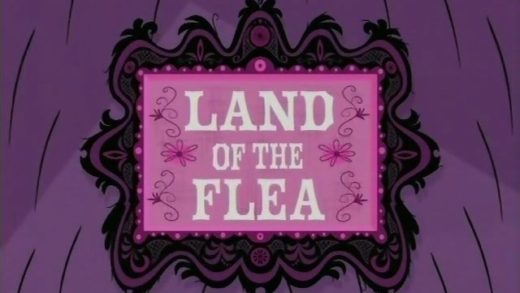 Land of the Flea

When Eduardo gets fleas from his puppy, he becomes discontent as the fleas are driving him mad. However, despite the way he feels, he decides to keep the fleas on him when he befriends them, though Frankie and Mr. Herriman want none of it and they decide to go to drastic lengths to get the […] A new imaginary friend named Bendy has come to Foster’s, but he keeps misbehaving all around the house. Bloo, Wilt, Eduardo and Coco are framed for the wrongdoings, until Bloo comes up with his master plan. 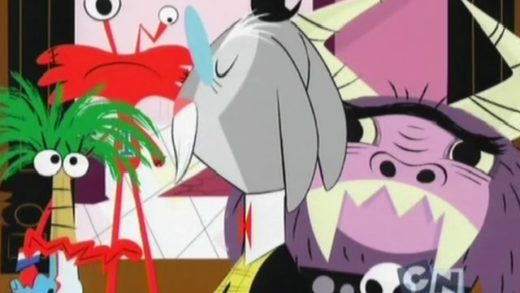 When Mac visits Foster’s, Bloo wants to show him something up on the roof, though when it is time for them to go back downstairs, they find themselves lost and unable to get downstairs. Meanwhile, everyone in the dining room sneaks food when Mr. Herriman is not looking after he insists they wait for Bloo […] Who Let the Dogs In?

After Eduardo finds a puppy when he was taking out the trash, he decides to keep it, despite the fact that dogs are not permitted inside the house due to Mr. Herriman suffering from a fear of dogs. However, despite Eduardo’s best efforts, the dog gets loose and starts causing problems that Eduardo takes the […] Mac falls on a girl named Goo when trying to get a bobsled out of a tree, and she begins visiting Mac every day at Foster’s. With her hyperactive imagination, she creates a new friend one after another, which causes a big problem for the other imaginary friends in the house. After she creates so […] 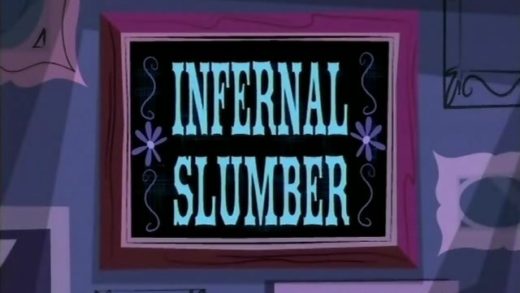 Bloo and the gang arrive at Mac’s apartment for a slumber party that Mac did not plan. Mac tries desperately to keep his friends quiet before they wake up his mom and brother with their shenanigans. 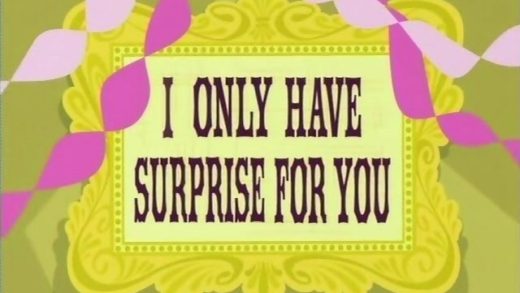 I Only Have Surprise for You

Mac suspects that Bloo, along with the rest of the house, are planning him a surprise party. Mac, however, wants no part of it, since Bloo’s surprise parties always humiliate him in some way, and he is determined to foil Bloo’s plans by any means necessary.