The Shadow of Courage

A wealthy miser dies alone in his observatory, releasing his playful shadow, who plays tricks and pranks aplenty on the denizens of Nowhere. 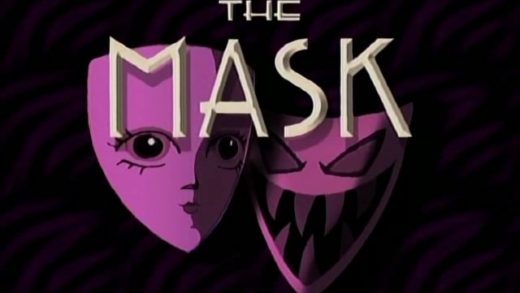 A strange, dog-hating woman of unknown origin named Kitty, wearing a mask and a white robe, appears at the farmhouse. She recklessly starts beating Courage with various items. Thinking that Kitty is just Courage’s friend playing around with him, Muriel invites her over to the farmhouse to stay for a while. Kitty explains that her […] A Night at the Katz Motel

Courage and his owners stop at a lonely motel to end their vacation, but it is owned by a nefarious red cat named Katz, who harbors a penchant for feeding his guests to giant spiders. 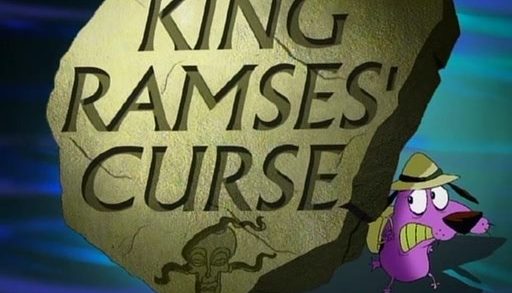 A pair of thieves heist a precious, ancient slab, and are confronted with the spirit of its Egyptian owner, King Ramses. Torn from their hands by Ramses’ curse, the slab happens upon the farmhouse. When Eustace is greedily unwilling to part with such a valuable treasure, the ghostly pharaoh keeps saying “Return the slab”, and […] 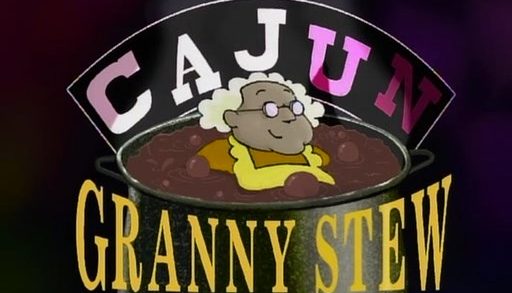 An orange Cajun fox repeatedly tries to kidnap a sleepy Muriel so he can use her in a Cajun stew. While a sick Muriel stays home on the couch, Eustace takes Courage with him and they go out for hamburgers at a local diner run by a seemingly friendly couple of pigs. Wandering into their basement, however, Courage begins to think that it may not be cow’s meat being served there. 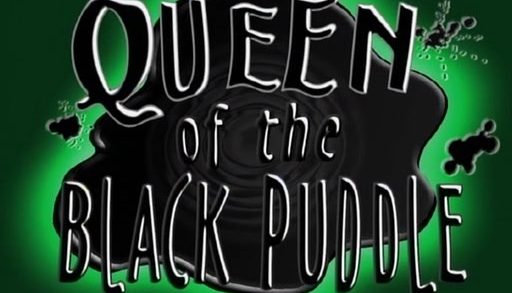 Queen of the Black Puddle

A single puddle remains eerily behind after a dark rainstorm, hiding a terrible secret. After its quiet queen steals Eustace away, Courage dives into her world to rescue him. Due to a meteor impacting the planet, Courage and his owners are hurled a thousand years into a future inhabited by banana people. 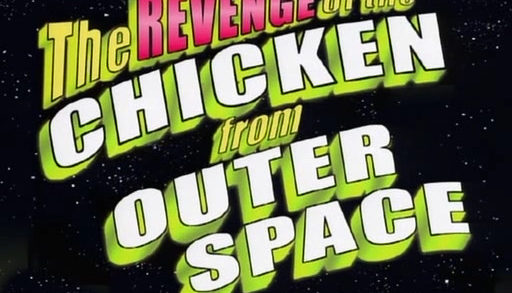 The Revenge of the Chicken from Outer Space

Now fried and headless, Courage’s first nemesis, the alien chicken, comes back to Earth. The alien chicken kidnaps Muriel, attempting to plug off Muriel’s head and place her head into its own body, but fails when Courage intervenes. The chicken soon gains Eustace’s head instead, takes its spaceship, and tries various times to destroy Courage […] 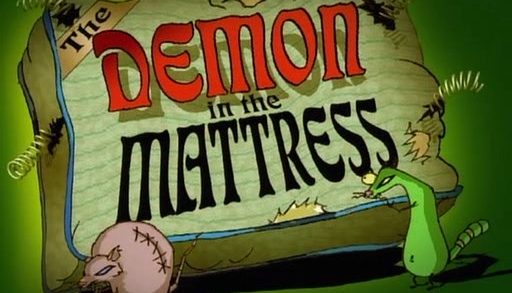 The Demon in the Mattress

Unable to sleep on her old lumpy mattress, Muriel orders a new one, but as soon as it arrives, it is revealed that it apparently harbors an evil spirit, which proceeds to possess her as she sleeps. 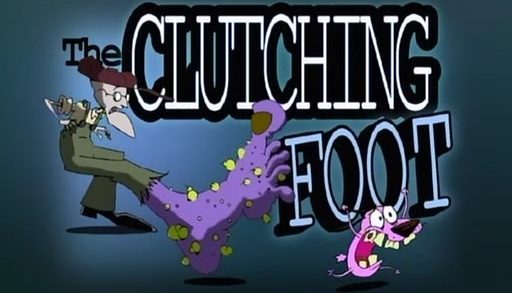 A fungus on Eustace’s foot gains sentience and consumes him whole, becoming a quintet of old-fashioned mobsters. With his beloved Muriel threatened by the crushing extortion of the infections gangsters, Courage races for a cure. 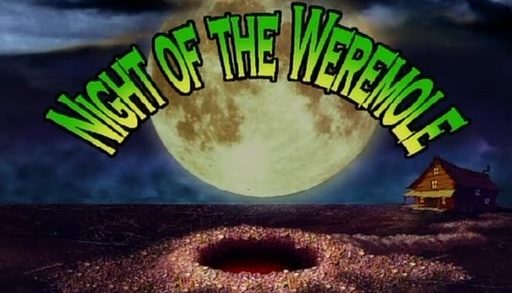 Bitten by a vicious “weremole”, Muriel transforms into a similar creature under the light of a full moon. As Courage finds the original monster in hopes of a cure, Eustace faces his deranged wife (whom he has mistaken for a mouse) with his brittle wit and trusty mallet. Tired of being bald, Eustace obtains an experimental hair tonic advertisement from the newspaper, which Courage finds has an explosive side effect. 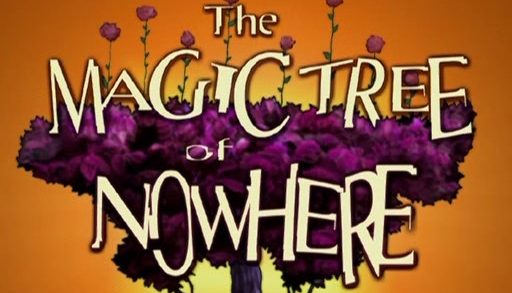 The Magic Tree of Nowhere

A wish-granting tree grows by the farmhouse. Eustace grows jealous of all the attention it gets from his family and wants to chop it down. Courage must stop him from doing so. 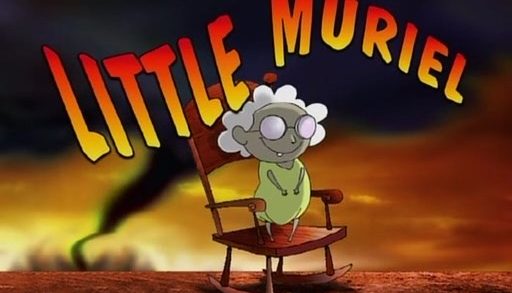 Muriel is sucked into a tornado and returns as a 3½-year-old, so Courage has to find a way to get her back to her correct age. 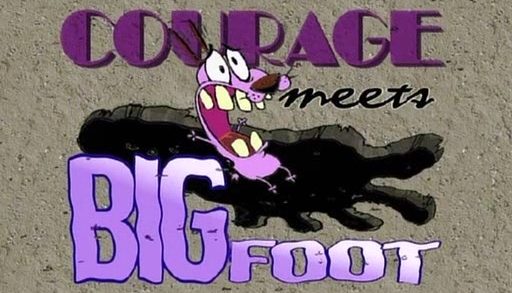 A reward is offered for a Bigfoot’s capture which fills Eustace with a greedy bloodlust, and Courage, who befriends the creature, prepares to defend him from his avaricious master. 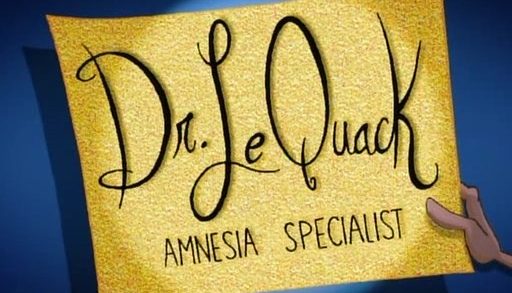 Muriel suffers amnesia and Courage calls in the help of Dr. Le Quack, a French duck impersonating a doctor. Muriel’s unsettling nephew, Fred, a barber by trade, visits the farmhouse. Courage learns the hard way of how much Fred enjoys his profession. 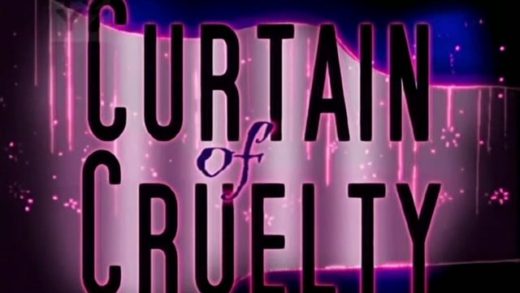 When a strange pink curtain is going through Nowhere making the citizens cruel and mean, Courage finds out that all of this is caused by Professor Mean, who is also cruel and unhappy, and wants everyone else to be cruel and unhappy too. 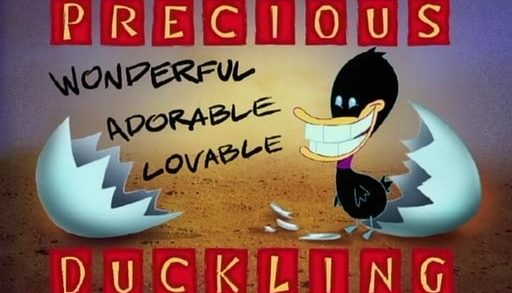 Inadvertently hatched by Eustace, a tiny duckling mistakes the farmer for his mother, and grows fiercely protective. The duckling becomes jealous of Muriel. Sensing his various murderous intent upon her, Courage battles the duckling for the safety of his owner. 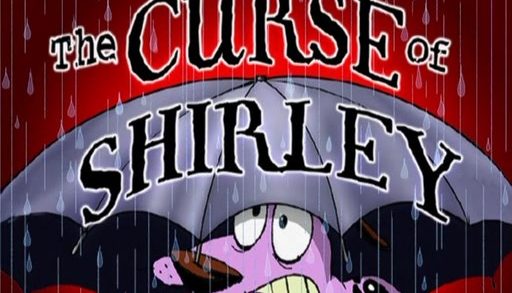 The Curse of Shirley

As a result of Eustace’s cruelty, an angry Shirley lays a rain/thunder cloud curse upon him. 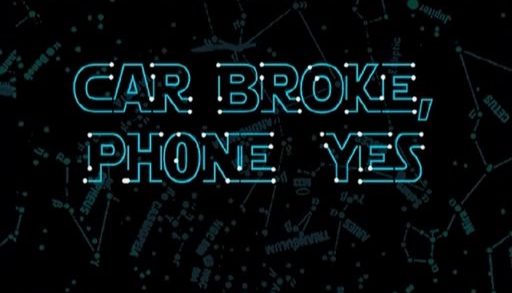 An alien brain steals Muriel’s kindness for its master and Courage has to get it back or she will stay grumpy forever. The Hunchback of Nowhere

A hideous yet kind-hearted hunchback seeks refuge from the cold, rainy night. Spurned by Eustace, he hides away in the barn, where Courage finds and befriends him. Eustace, jealous of the attention that his family gives the guest, berates and belittles him, until the hunchback shows Eustace what true ugliness is. 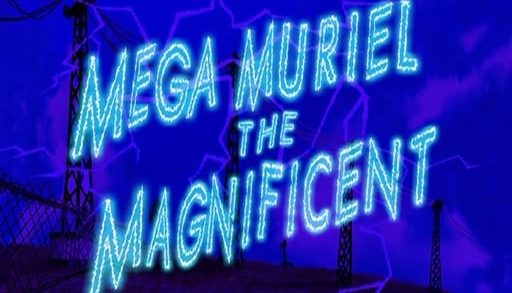 A thunderstorm causes Courage’s computer to come to life. It downloads itself into Muriel’s body to prove how daring and death-defying it can be.